The following History of Trimaris has been compiled and edited by Baroness Natalija Varvara Stoianova, OP from various newsletters, Seneschal’s reports, Herald’s reports and Art/Sci Officer reports. The paperwork left by our predecessors has been slight, however, what remained has been reported here. I dedicate this compilation to Erich M.F.W. von Rabenskalt und von Kampf, the first citizen and founder of Trimaris. It was his elegant prose, while he was historian of Wyvernwood, which inspired me to write this history. This is not a history in the traditional sense, but a chronicle of events which occurred as our Kingdom grew, interspersed with eyewitness reports and memories from various citizens. I hope that you will enjoy these reports as much as I have, and as you read the events, remember your own experiences.

The history has been recorded by mundane calendar years. Click on a date to view the history of that year. 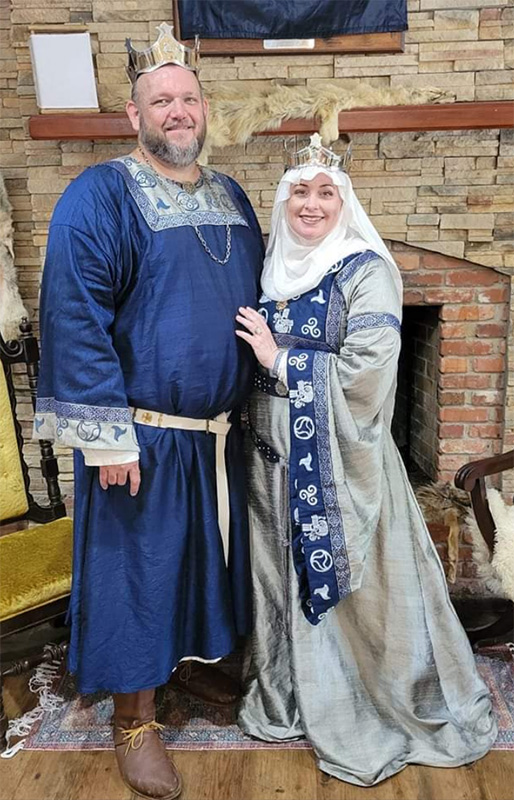 Unto the populace of the Known World, do We, Lorcann An Dubhgall and Grainne ingen Anloin meic Cerbaill, King and Queen of Trimaris, bid you welcome to our wondrous Kingdom!